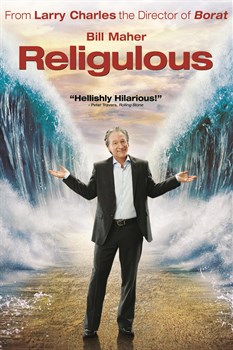 Bill Maher interviews some of religion's oddest adherents. Muslims, Jews and Christians of many kinds pass before his jaundiced eye. Maher goes to a Creationist Museum in Kentucky, which shows that dinosaurs and people lived at the same time 5000 years ago. He talks to truckers at a Truckers' Chapel. (Sign outside: "Jesus love you.") He goes to a theme park called Holy Land in Florida. He speaks to a rabbi in league with Holocaust deniers. He talks to a Muslim musician who preaches hatred of Jews. Maher finds the unlikeliest of believers and, in a certain Vatican priest, he even finds an unlikely skeptic.