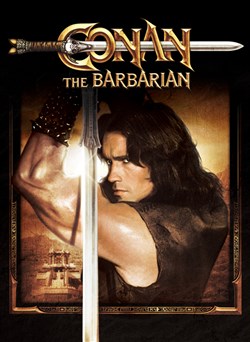 A village is attacked by the evil ruler of the Snake Cult, Thulsa Doom (James Earl Jones) and his evil warriors, when Thulsa Doom and his warriors kills his parents, a young boy named Conan (Jorge Sanz) is enslaved. Years later, Conan grows up and becomes a mighty warrior and is trained as a fighter. After years as a slave and as a gladiator, Conan is set free. Conan sets out on a quest as he vows to avenge his parents and solve the riddle of steel. Joined by a archer named Subotai (Gerry Lopez), a beautiful thief who falls in love with Conan, Valeria (sandahl Bergman') and a Chinese wizard (Mako), Conan and his companions sets out to rescue Princess Yasmina (Valérie Quennessen), daughter of King Osric (Max von Sydow), from the Snake Cult, and get his revenge on Thulsa Doom and avenge his parents. 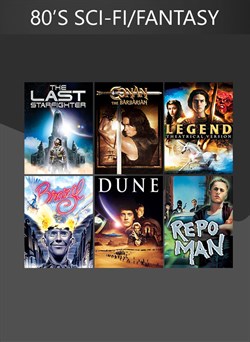