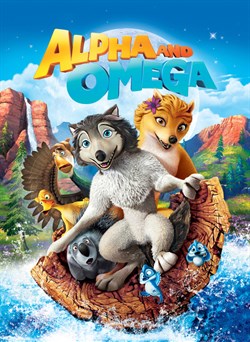 In Jasper National Park, the wolves, Kate and Humphrey, have known each other since puppyhood, but they are on the oppose ends of the Western Pack's social structure with Kate as the energetic Alpha daughter of the pack leader and Humphrey being the good humoured Omega. That social structure forces Kate to accept an arranged marriage with Garth of the Eastern Pack to unite the packs for peace, regardless of Humphrey's hopeless attraction for her. Before that union can occur, Kate and Humphrey are captured by the park's rangers and sent to an Idaho park as part of a wolf repopulation project. Mindful of her duties, Kate is determined to return to Jasper and Humphrey offers to help with the assistance of two odd geese. However, as this disparate pair struggle through the dangers to get home, a growing mutual appreciation of their talents and then a deeper love threatens to disastrously complicate everything if they make it back.